Two decades of continued strong growth in world coffee consumption has turned the little green circular logo into a household name across the globe. Even so, visitors to Vietnam have long laughed of the first such green circular logo in Vietnam’s elegant old colonial capital of Hanoi, where the “Starmax” coffee shop as early as 2005 was quick to copy popular U.S. coffee culture almost a decade before the Seattle-based Starbucks Coffee Co announced they are moving into the South-East Asian giant to set up business. There is no denying of the fact that Vietnam’s local coffee culture is booming and the rapid growth now has Vietnam approach 2 million 60-kilogram bags in local consumption. 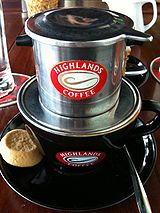 The growth of Vietnam’s coffee industry, its arrival on the world market and the consolidation of its place as the second largest producer after Brazil are facts that long have attracted feelings from sheer jealousy and dismay over the tough competition for export markets, to outright admiration by the impressive achievements undertaken in a relatively short period of time. But what is still a surprise to many is that Vietnam in the last five years has seen the boom in production transferred into an equally booming local coffee shop culture. From private trade to the Vietnamese government, from roasters to the International Coffee Organization, the question is increasingly being asked just how much consumption in Vietnam will grow. And all agree the outlook is looking good. 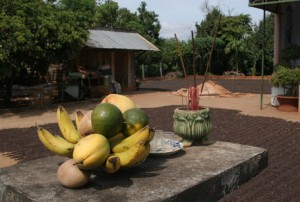 “We have seen the local consumption increase at an average of 7 percent a year in the last few years based on our figures but this year we anticipate growth of more than 10 percent in the local market and you see new coffee shops opening up across Vietnamese streets and cities all the time,” Luong Van Tu, chairman of the Vietnam Coffee and Cocoa Association, Vicofa, told Tea & Coffee in a recent interview.

According to the ICO total domestic consumption of coffee in Vietnam in 2011 is estimated to have reached 1.583 million 60-kilogram bags, up an impressive 65 percent in the last 4 years alone from 959,000 bags in 2008. This is equivalent of annual growth rates 13 and 18 percent and consumption is expected to continue to grow at these levels for the next several years. It’s these kind of growth rates in emerging markets and producing countries, the ICO says, that justify the key contributing factor to the expectations of continuing strong growth in world demand which currently is growing at between 1.5 and 2 percent even though consumption increases in traditional markets in Europe and the U.S. has slowed during the last decade.

With Vietnam continuing to grow at a minimum 10 percent each year for the next few years Vietnam’s local consumption is set to surpass 2.5 million bags in less than 5 years and add about 1 million bags to world demand.