TECH TAKE: With Brazil In Frost Season “Coffee May Hold A Weather Premium For A Few More Weeks”

The cold front which hit Brazilian coffee regions with damaging frost since last week finally started to ease today but Brazil’s leading coffee-weather experts SOMAR has already said new cold fronts with frost can hit coffee regions again any time between July and August. The following comment was published before the reports of frost damage to coffee in Southern Minas, Sao Paulo and Parana were confirmed in the course of Tuesday. Regardless, the trading outlook remains highly relevant to all those following coffee 🙂 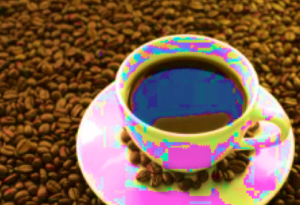 By Terry Roggensack, For Hightowerreport
JUN 14 (Hightowerreport)–While coffee may not have received a clear boost from widespread frost damage in Brazil, the market is clearly starting to price-in a weather premium through the latter half of July given the importance of that region to overall global production this season. September coffee experienced choppy and two-sided trade on Monday before finishing a wide-ranging session with a modest gain.

Speculative buying emerged after an early selloff even though traders see very little or no damage from the weekend cold weather and gradual warming this week. While most of the colder temps were focused on Parana and Mato Grasso do Sul, temps in the key Pocos de Caldas area of South Minas Gerais (a major Arabica-growing region) fell below freezing in isolated areas early Monday morning.

Although the “all clear” has been given for the rest of this week, the Brazilian harvest is slightly more than a quarter complete so the market may have 5 to 6 more weeks of vulnerability before the threat of frost is fully diminished. The Brazilian currency continued to pull back from last week’s 10-month high, which may give more incentive for that nation’s exporters to market their supply to foreign customers. ICE exchange coffee stocks fell by 108 bags on Monday and remain near multi-year lows.

TODAY’S MARKET IDEAS: While temps over Brazilian growing regions should stay clear of freezing at least through the middle of next week, frost remains a threat until the end of next month which should keep coffee prices well clear of the recent lows. Key support for September coffee is at 132.00 while the market may see good resistance near 141.90.