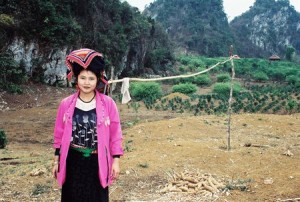 By 1989 Vietnam decided to start expanding the Arabica coffee growing area as well. When coffee was first introduced to Vietnam over 150 years ago by French colonialists it was Arabica beans that was cultivated, and Robusta coffee came much later. But for the highland areas, especially in the northern province of Son La, it was found that arabica coffee was a better fit. Every visit to remote coffee regions like here which are dominated by ethnic minorities shows signs of development as the communities gradually have been connected to better infrastructure and the national networks for electricity and running water, all thanks to coffee. While Arabica remains insignificant compared to Robusta, Vietnam is as of the 2012-13 harvest year nevertheless the world’s 15th largest Arabica coffee producing country with some 850,000 bags in production and above output in countries such as Tanzania and Kenya. Total Arabica supply from Vietnam is seen approaching 1 million bags in the next one or two years.