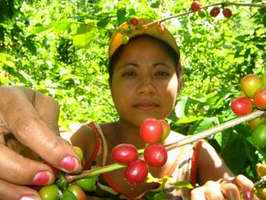 MAR 2, 2015 (GCR Magazine)–Arabica prices are continuing to drop on the New York (NY) market, down 15 per cent year-to-date in the last week of February, Volcafe reported this week.

“There has been no relief for the market as the last week has kept prices in a tight downward channel,” said Volcafe. “On the second month continuation we are back in the congestion zone of 14 February from where Arabica had really launched its move higher ¬– it remains to be seen if prices can stabilise if the momentum snowball continues.”

The report said that the ongoing price fall has caused a tightening of replacement levels in Brazil.

Volcafe said origin currencies are continuing to devalue against the United States dollar, with the Brazilian Real reaching a level last seen in 2004 and the Colombian peso reaching 2009 levels.

Robusta prices are more stable, down just 15 per cent year-to-date for the same period, according to the report.

“The Robusta market has held remarkably well,” said Volcafe. “However, the price is now back under the low of December, one needs to be careful of any potential liquidation.”

Volcafe predicted that about 40 per cent of Vietnam’s crop had been sold at the end of a slower week, with a further 20 per cent expecting to be sold if prices rebound in the coming weeks.